Things I have heard about Franz Otto

Has been referred to publicly as "legend" and "ubermensch" 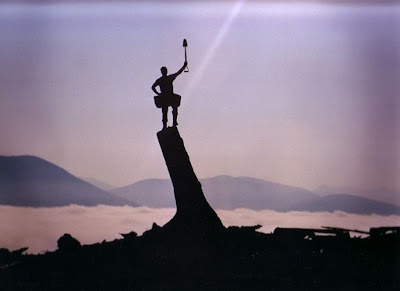 He is a badass

He is an alcoholic

He has had his shoulder replaced

He has destroyed his body by planting

"I have been around camp fires where planters publicly doubted his actual existence, and claimed he was a planting urban myth."

"His numbers tripled those of the next best planter (who was far from a slouch)."

"the numbers he did back in the shovel screefing days was astounding."

"During the working day he would down jars of honey for quick energy,"
Posted by Adam Humphreys at 12:55 PM

It is said he slept in his cache and took his meats on the duff. Immune to pain and digits hardened like steel he could plant a thousand bareroots with a hippie stick in snarb before breakfast.