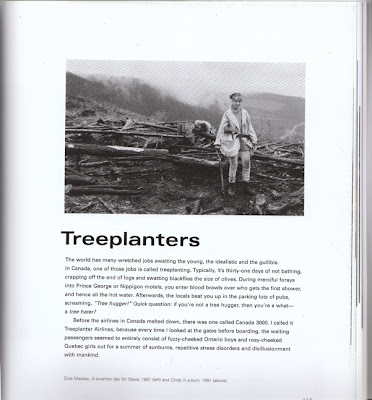 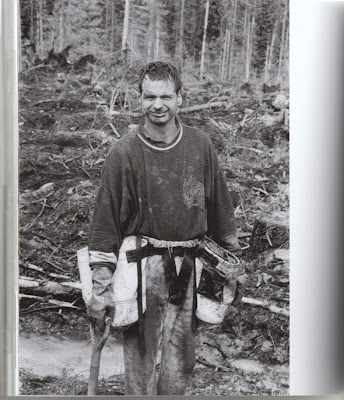 Does that sound anything like planting to you guys?
Posted by Adam Humphreys at 8:12 PM

I would love to be a tree planter like these guys, unfoturnately I dont have the resources, so am just stuck using http://www.facebook.com/brandbang who will plant a tree for every 30,000 points I get!!

This is really wonderful post. You give some rear pictures. Thank you for sharing beautiful tree.

Quite an inspiring post! I personally feel that tree planters are one of the most diverse groups of people with certain winning traits such as: full of patience, quite observant, motivated, confident, independent as well as adventurous. Basically, they are the ultimate survivors.

funny, that cult thing kept reminding me of religions, right down the line. All religions, any religions. Grace churches around here have everyone working in specific jobs, (gardener Michael, sweeper Mary) and anyone not in the 'faith' is excluded, to the point of ostracism by family members.
This is, beyond that, a great commentary on tree planters. I can understand the hard work involved, you really can't pick your spot, you just go and dig. Much like harvesters who follow the harvests from north to south, year after year.

Nice, you have shared such a beautiful post. Thank you!
Tulsi Planter Pot